What dancing has done for me, my story - Robert Pitt

Rob from South Wales has been dancing Ceroc for eight years, but after a battle with alcoholism, he considers just the last three years to be important. Read Rob’s emotional journey and learn how the Ceroc family played a huge role in his development. 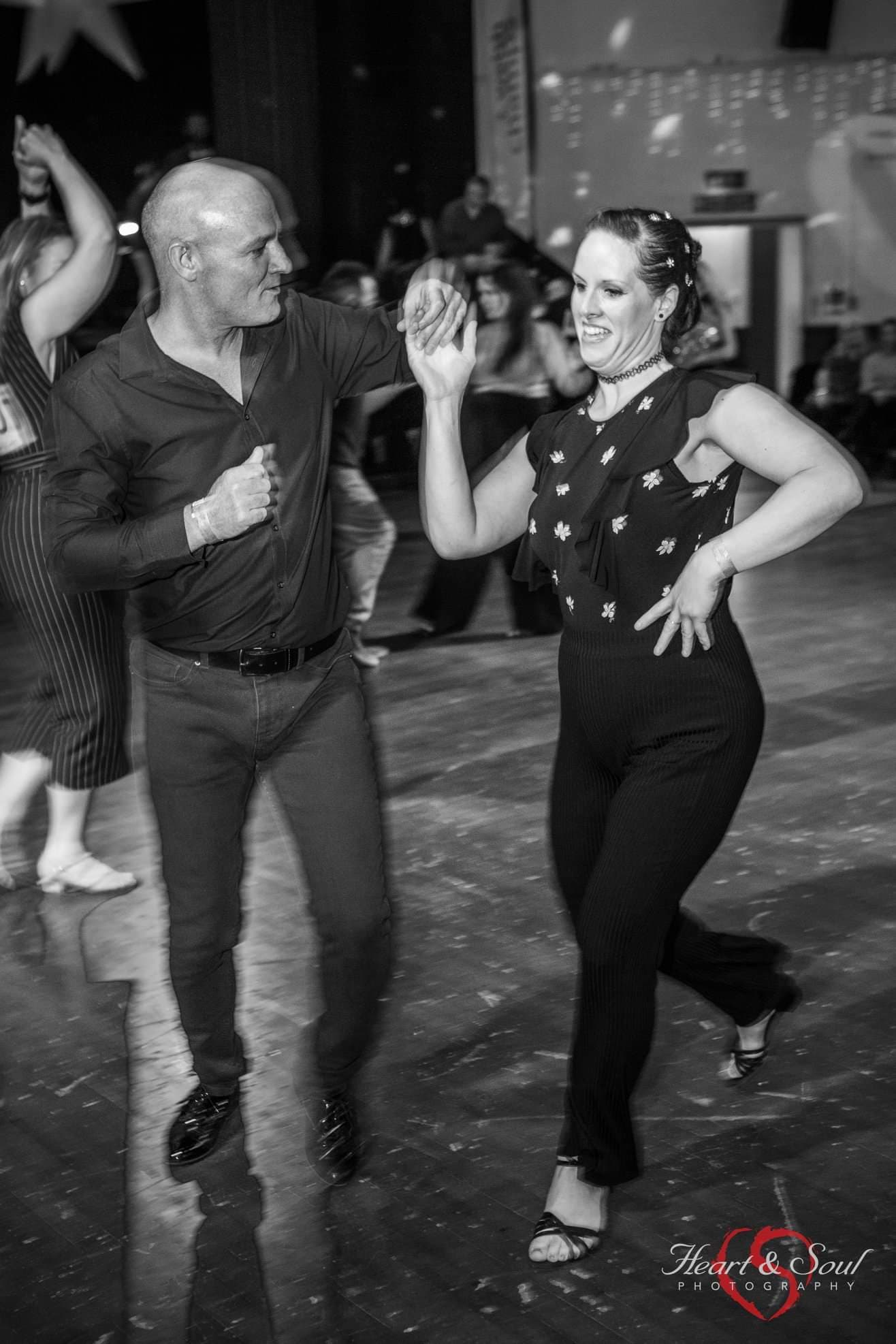 My introduction to Ceroc came around 7-8 years ago but its only the last 3 years the journey and joys have really started, but I will come to that later.

I have always had an enjoyment of music and dancing, doing the dad dance at the local pub and night club, my first introduction to dancing came at school where we did country dancing. This never took off. Ceroc came about for me when at the age of 47, I decided I would look for a local dance class in the Swansea area. I was looking for a Rock n Roll class but could not find any in the area, Swansea Council put on a “celebration of dance” weekend and invited along local dance classes to show off their styles. I went along and saw the local Ceroc club do a demonstration and enjoyed what I saw. Picked up a flyer and went along to the next class night, I was hooked from the start. Not Rock n Roll but it was fun, friendly and the class structure was set perfectly for a beginner to start learning from the off.

A little about me, I left school and joined the Army at 16 as a junior, work hard play hard was the ethic. I was posted to Germany at the age of 18 and served a total of 17 ½ years in the Army. When I left, I got married and had 2 children. As previously mentioned, the ethic of play hard stayed with me to the point my marriage broke down. The play hard stayed with me until 3 years ago when I realised my life was passing me by and I had done nothing with it, I realised alcohol had taken over my life and had done a long time ago. Even Ceroc had become just an excuse to go and have a drink. I had to do something about it. I started going to Alcoholics Anonymous and went to my GP and asked for help. I was referred to a local charity (Welsh Centre for Action on Dependency and Addiction) the best thing I ever did was to attend the Centre. I spent a total of nearly 2 years doing various course and counselling sessions here, one of the courses was a 6 month self-awareness group session and to be on the course I had to stay out of “wet” places for the duration of the course, this put a hold on my Ceroc, not that I was learning anything anyway, as previously mentioned it had become just another excuse to go out and have a drink.

So for 6 months I had to stay away from Ceroc, my passion for dancing was still there and I did find another style of dance that was not held in a “wet” place and continued to dance for those 6 months, but was looking forward to getting back to Ceroc as a sober man and really seeing where I could get.

The 6 months flew by and I finally made my return, I was welcomed back by everyone at the class with open arms and praise for what I had achieved in breaking my addiction to alcohol.

This was just over 3 years ago, I have not touched a drop since and my dancing has (so I’ve been told) come on leaps and bounds.

In those 3 years I have entered the Welsh Champs twice, improving how far I progressed in the second year, sadly this years will in all probability not happen. I have attended a number of weekenders and also worked as crew on weekenders, attended workshops held by Ceroc South Wales and been invited to be a Crew member for Ceroc South wales. I have also met the most wonderful woman, Sharon my partner through a chance encounter at a Freestyle Night in Penarth. We danced a few tracks together that first night. A few weeks later Sharon travelled to my local Freestyle in Swansea, little did I know at the time, something happened that first time we danced together and she wanted to see if it was a one off or if the feeling she had that first night would be replicated, it was! We danced more and chatted a lot that 2nd night. A week later we went on our first date, the next day we were at the monthly FLAVA tea dance together, held in Newport where Andy Hill proposed to Lyndsey Bennet. Romance was in the air that weekend. Since then I have realised my dream of learning to dance Rock n Roll, the multi-talented Lyndsey has started a Rock n Roll club running alongside the Ceroc class in Swansea. Thankfully Sharon is also a Rock n Roller.

So, although I have been dancing Ceroc for 7-8 years I would say its only the last 3 I have actually learnt anything, I can only thank the Ceroc community of South Wales for their friendship, support and encouragement. There are many thanks to give, far too many to mention, but to Lyndsey, Tim Stevens, Jamie Eddy, Chloe Williams our South Wales teachers, thank you all for your time, making the classes so enjoyable and adding the fun factor to it all. Other thanks go to Stephanie Day who encouraged me to enter my first competition and Amanda Jones for being my partner in that competition. To everyone else who has helped and encouraged me, thank you.

I look forward to seeing where Sharon and I can take our dancing and to seeing you all on a dance floor somewhere in the not to distant future. Stay safe everyone.