"My personal journey in the arms of Dance means that I am fitter, more flexible and more confident now than I have ever been in my entire life."

These were the words my soon-to-be ex-boyfriend goaded me with at a party in 2010. Dancing provocatively in front of me with another woman, he knew only too well that my dread of dancing was little short of a phobia. Shamed and humiliated, I promised myself there and then that I WAS going to summon the courage to learn to dance and no longer would I freeze with terror at the very thought.

I joined a rather stuffy Ballroom class, and falteringly stumbled through a variety of alien moves, but when we were introduced to the steps of a Ballroom Jive, I felt elated. Maybe it was the tempo that entranced me, but I was completely transfixed. I had a vague recall of something named 'Ceroc'.

“That Ceroc stuff is a Modern Jive...” someone commented casually, so after some hasty research, along I went. 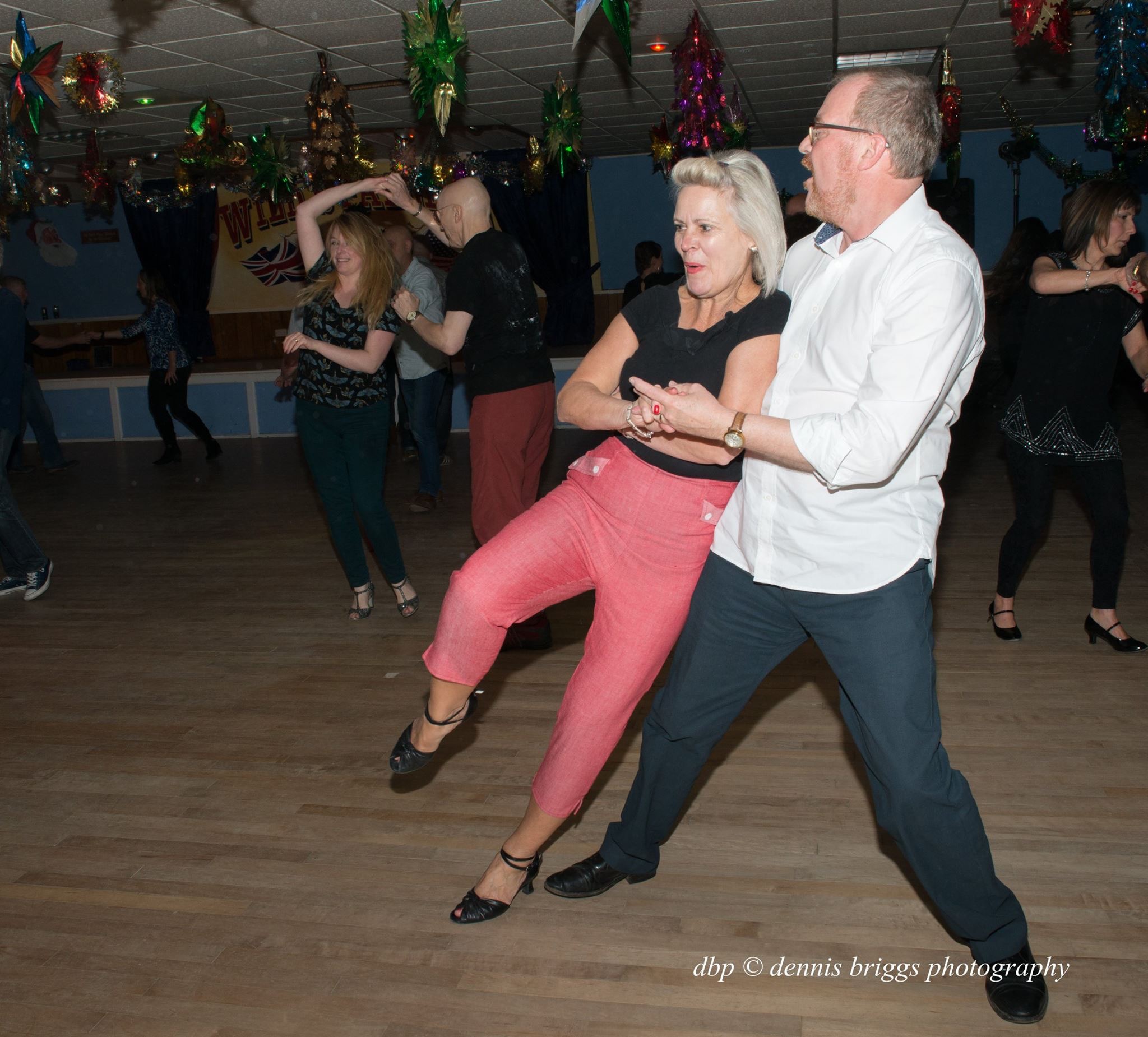 The first (free) class saw me clutching my shoulder bag through the Beginners session; I hadn’t realised I was stepping into a safe, welcoming environment, amongst friends. For all of my past 57 years, I had truly considered I was useless at anything physical. Being born a “blue baby” had left me delicate and breathless on exertion and corrective heart surgery in the mid 1960s had happily secured me a place in the warm school library, whilst my classmates endured the merciless rigours of the hockey pitch! The thought that anyone would want me in their netball team, let alone as a dance partner, was beyond my wildest dreams.

Slowly losing my hesitancy and smoothing my jerky spins took time. After eleven weeks as a raw beginner, not the usual six, I emerged from the cocooned safety of the Beginners class (still with some misgivings as to my long term ability) into the chaotic, but strangely ordered maelstrom that was the packed, freestyling dance floor. For me, there had been no sudden metamorphosis into the longed-for dance butterfly, but more of a caterpillar crawling from under a protective leaf. I marvelled at the ever-changing jigsaw before me, where, in time to the mastery of the music, the pieces seemed to inexplicably slot together.

As I started to flourish at Ceroc, I began to grow in other ways too. In my work as a nurse, renewed body awareness meant I felt I moved differently: lighter, assured steps with a spring propelled me through long days at the hospital. If I had danced the previous evening, my work day seemed less arduous and the thought of an evening’s Ceroc class ahead of me made me happy and invigorated.

At first, it was hard to visualise the move I had just done, and “styling it up” at that stage was only what hairdressers did, but at 58, I felt vital, confident and energised. At an age when many fear losing theirs, I had a new purpose and identity. With each Intermediate level lesson came a tangible progress and gradually familiarity crept in as I practised the moves. Later came recognition and finally, mastery. 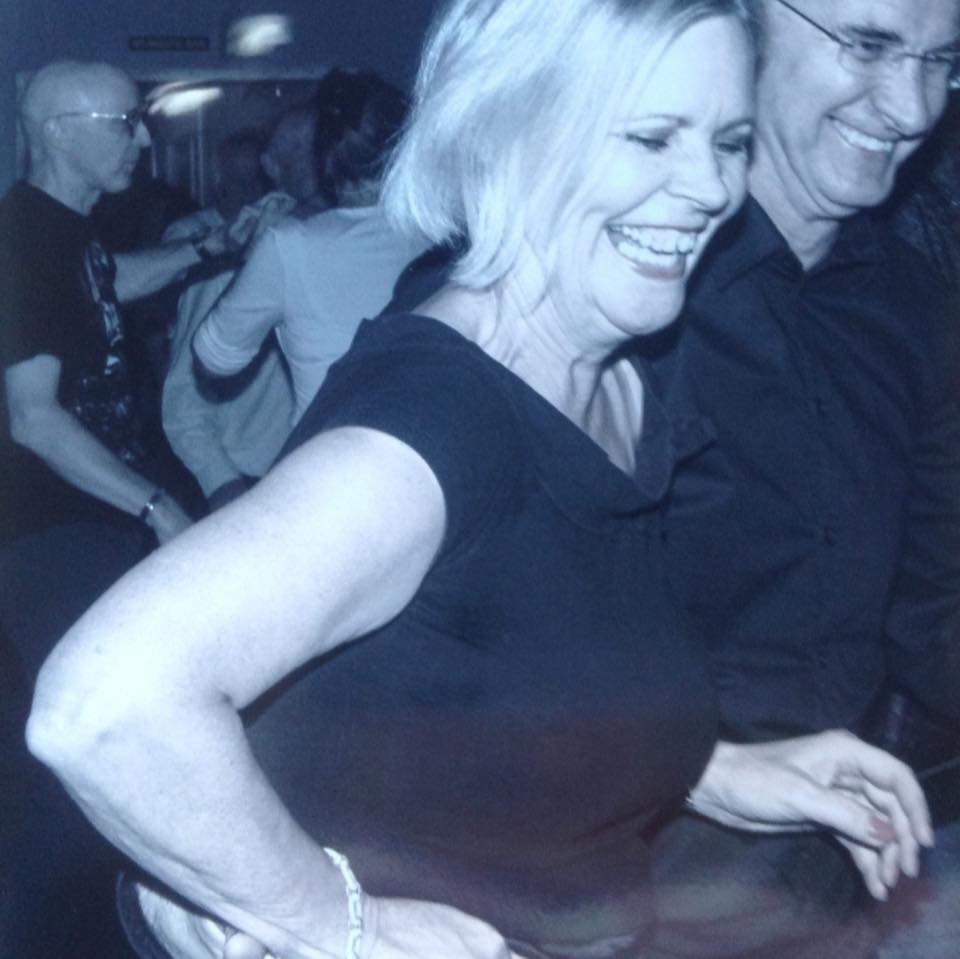 Early on in my journey I realised that dance is a panacea for all the ills that life deals; loneliness and bereavement in particular. As a saviour for many, troubles are left at the venue’s door, some to be collected more lightly afterwards. Dance is universal in breaking down barriers and accelerating relationships; I made a great friend when I commiserated on her vain attempts to cram unforgiving feet into a delicious little pair of sparkly dance shoes!

I discovered tracks and artists I would have never otherwise known. I used my newly- acquired dance imagery to distract my emotions at funerals and in the dentist’s chair, by turning dance moves over and over in my head. I found dancing Ceroc to be a great leveller, transcending all ages and intellects, crossing barriers and divides - I’ve danced with very young men and smiled when they have confided; “I had to tidy my bedroom before I came out tonight”. I have jived with eighty year olds and, heady with endorphins, savoured every moment. My elderly mother shared my delight that I was dancing: misty-eyed and reflective, it prompted her to reminisce on her wartime nights spent jitterbugging with American servicemen; we had developed a rare common interest.

With my growing confidence, the clothes in my wardrobe gradually changed; hemlines crept up on little numbers that would have made my mother gasp! A whole dedicated range has formed of cool, slinky and floaty attire, not to mention fancy dress items! Then there are the dance shoes...only Werner Kern’s enticing designs will suffice for the wobble-free support and stability I personally need and lots of pairs too!

I became an ”expert” on dance floor surfaces, weighing up quickly the bar/dance area proximity in non-Ceroc venues and whether a floor is disappointingly sticky, or just plain unsuitable. Oh, the joys of a sprung wooden dance floor! I realised that the floor is everything to the finished product, enabling unpunctuated and free flowing expression.

In time, I started to not just hear the music, but to FEEL it; the sheer exhilaration of personal expression, dancing to a loved track with a partner on your “Ceroc dance wavelength”, is one that is almost indescribable. My enthusiasm being such, that I have had to restrain myself from preaching my “Ceroc Gospel” to glum faces in Doctor’s waiting rooms!

Having acquired a measure of the dance moves, I learnt that I had licence to spontaneously mis-behave and once my partner and I did what we named a “Brazilian” – or maybe it’s called a “Columbian”?- along the length of Norwich’ s Royal Arcade, much to the amusement of the on-looking diners at an adjacent Italian restaurant. We’ve danced in foreign town squares, supermarkets, musty village halls, in seedy backstreet bars, railway platforms and on gently listing cruise ships. I’ve fallen over once in seven years, collapsing with a partner into a giggling heap afteran ill-judged move! I have never been to so many parties either; some invites extended to us as unknowns, just to help get the dance floor buzzing. 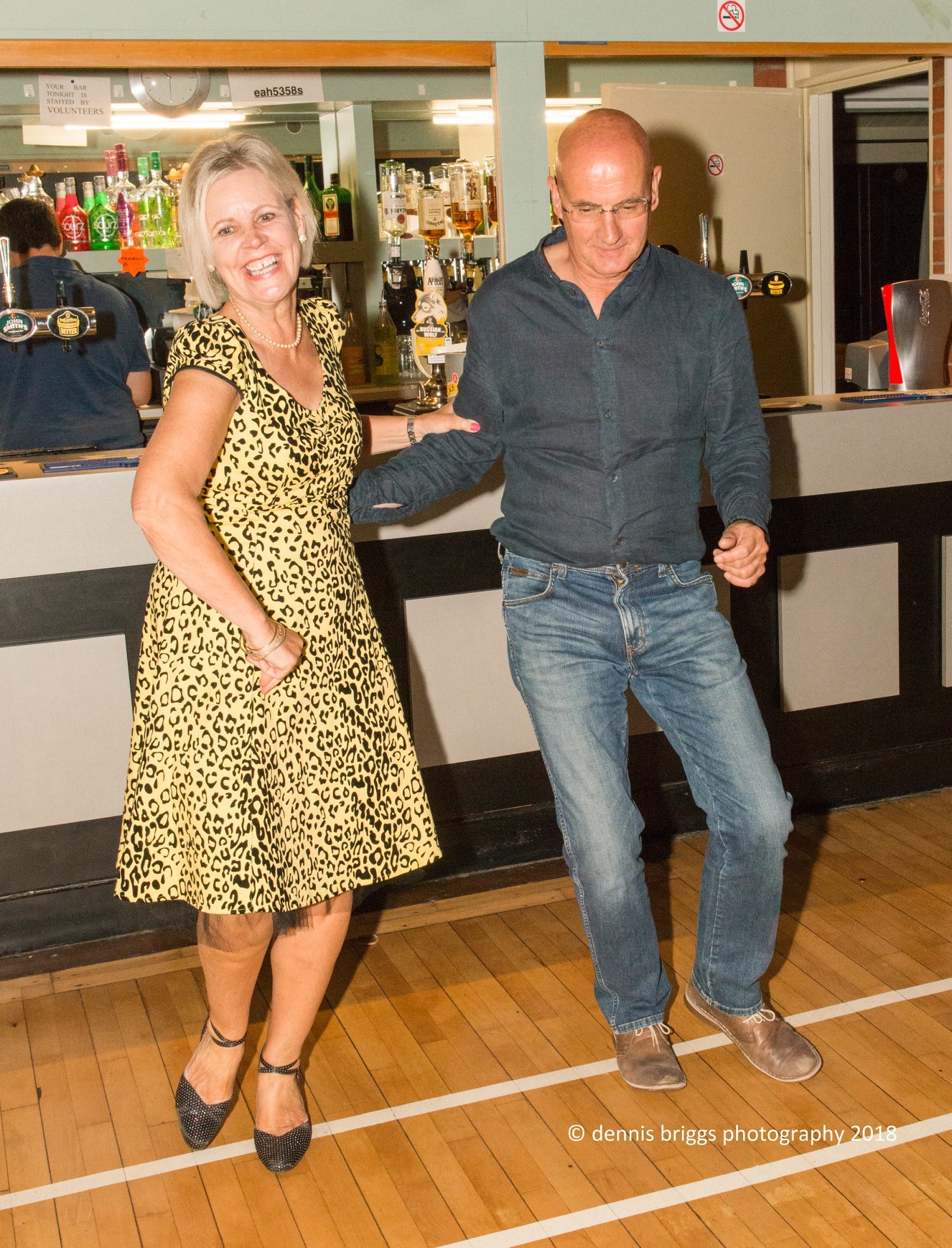 And I can SPIN! Six consecutively is a personal best, a fact that astonishes even me, given that vertiginous funfairs hold no appeal whatsoever! Without doubt, it’s my favourite move.

My personal journey in the arms of Dance means that I am fitter, flexible and more confident now than I have ever been in my entire life. Had I discovered Ceroc in my twenties, to what personal heights could that pathway have taken me? Now, in 2018, at sixty-five years old, I make up for precious lost time. I still cannot really believe I can do it and to think I could have died in my fifties, as many sadly do, and not even have known that I COULD dance after all!

The positive effects on my life have been immeasurable.