"Ten years ago, in a brightly-lit, rickety upstairs bar in Mexico City, my eyes widen as Adriana extends a hand and asks me to join her on the small wooden dancefloor...despite my apparent success, I remember being very confused about what to do, how to do it, when to do it, and even if someone like me should even be trying to do it." 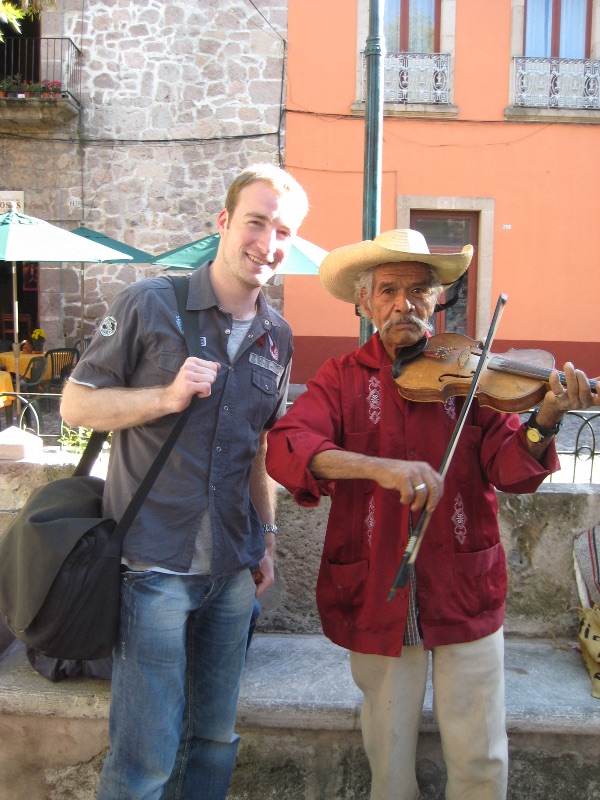 Ten years ago, in a brightly-lit, rickety upstairs bar in Mexico City, my eyes widen as Adriana extends a hand and asks me to join her on the small wooden dancefloor. This was a friend I was keen to impress, and I was feeling particularly adventurous at the time. Of course I said yes, and fervently racked my brain for the basic Salsa Mambo step I’d learnt That One Time. She then politely humoured me through two awkward stumbling sessions, before returning to our table. At the time I was just pleased I had given it a go. “Another challenge accepted,” I probably thought, “onto the next.” But despite my apparent success, I remember being very confused about what to do, how to do it, when to do it, and even if someone like me should even be trying to do it. I didn’t really dwell on it much at the time, and got in the next round of drinks instead, building up enough of a barrier of alcohol and conversation that would postpone any future dances for as long as possible. (For flavour: this is a real human photograph of me at that time, looking bizarrely fresh-faced and carrying an inexplicably overpacked record bag.)

Cut to last year, 2016, and I’m visiting Adriana again, this time in Munich. We bar-hopped from a German beer garden to a late-night Latin bar, and some infectiously toe-tapping music starts playing. This time I asked her. 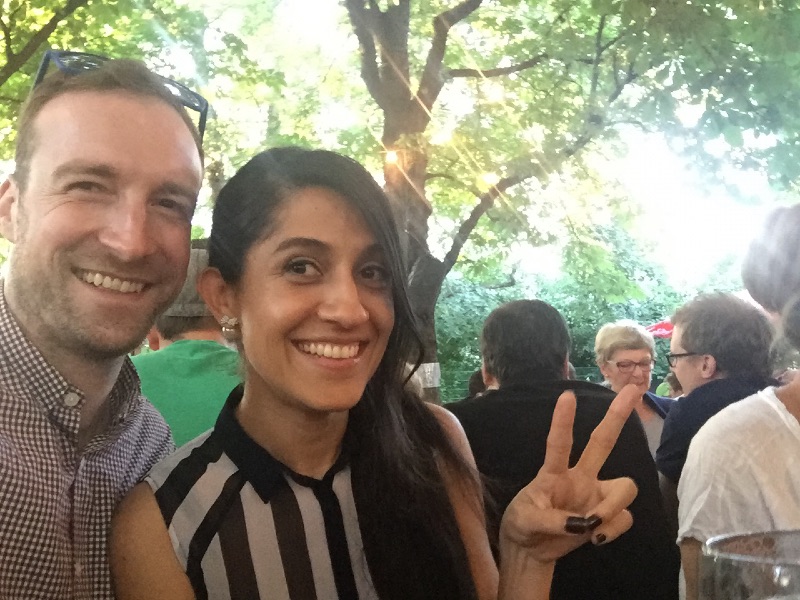 And I realise that in the intervening nine years, I had actually learnt how to move my body.

The music wasn’t something I’d heard before, and was really a style I don’t dance to often, but what I’d picked up from countless Ceroc lessons was the feel of the beat. I knew where the accents were, I knew where discrete chunks of music repeated so I could base patterns around them, and I knew how to lead. I led her with authority and confidence, and when it went wrong for any reason, I knew how to compensate for that. I threw in some fun little tricks (head ducks for me) and some exciting moves (seducers for her) and I was expressing the music in a way unfathomable to the old me, left cowering behind that round of drinks and travel plans.

This transformation did not happen overnight; it was a gradual process of improvement over the course of years. Most of the time I don’t feel like I’m getting any better, I just occasionally dance with someone who hasn’t seen me in a while and they seem impressed. It has been the Ceroc Escape weekenders, workshops, weeknight lessons and private tuition that has all contributed in subtle ways.

Getting into close hold and moving as a single unit for the slow sections, I could then break out for faster moves when the music became more frantic. You might think dancing Modern Jive limits you to a select few venues. Not at all: dancing is more universal than that. Ceroc started off in the 1980s as a hoppy style calling heavily on LA Style Salsa, but nowadays it is much smoother, making it easier to lead and adapt in unexpected situations like in the Munich Latin bar. I also called upon my Blues and Silc classes, where less is usually more, and the springy, elastic feelings are your important tools to communicate direction and speed with your partner. It didn’t matter that I wasn’t leading a choreographed Reggaeton pattern - I was in time, and the movements were appropriate to the style of the music.

Last year I was privileged to travel a lot, and I sought out the dancing opportunities in every trip. In February, I was very happy to visit our friends in Ceroc Hong Kong, run by Katie Bridges, where I taught a special Valentine’s-themed class. I also tracked down the nightlife and found I was probably the only man who could dance in the bar. Any self-conscious worries or nagging doubts had faded away, where years ago they might have bubbled up and stopped me in my tracks.

When August rolled around, I happened to be in Italy, where Augusto Schiavo was setting up a new franchise. With Ceroc being the worldwide standard that it is, I couldn't not get involved. We had to get volunteers off the street during a busy festival - not easy when you don’t speak the language - and rapidly get our equipment set up for demos in three different locations. But it felt great showing the love to hundreds of quizzical Italians. If you’re visiting Verona or Villafranca, swing by for a quick Octopus or Manspin!

Shortly after, in September, I taught at our Spanish week-long dancing holiday, Medfest, where hundreds of Cerocers descend on innocent Calpe and dance the hell out of it. The alcohol is cheap, the afternoons are long, and the Sun is intense - almost as intense as Tim’s topless aerobics lessons by the pool. You get to know your fellow travellers very well, with some (other) excellent teachers providing lessons every day if you want them - and dancing until late at night. The spa-parties are an enigma that cannot be explained; you must simply experience them at least once and then nod knowingly whenever the topic is raised in the future. 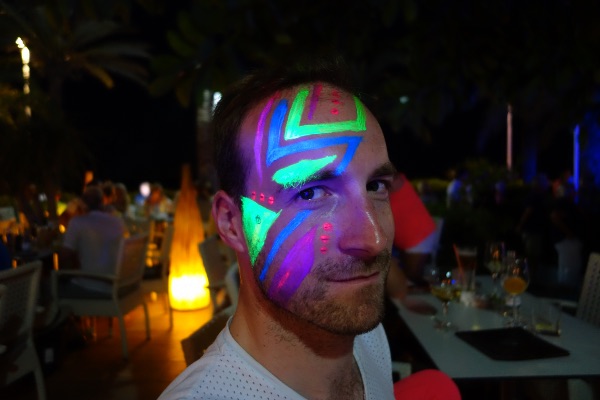 And before the year was out, I found myself on a business trip in California. Ceroc is kind of unknown out there, with swing and blues dancing ruling instead. How would I fare? I did my research, and popped along to South Bay Fusion, a quirky venue recommended by a friend from work. When I got there I discovered the most unintelligible mixture of ballroom, blues, lindy-hop and I-don’t-even-know-what, being led and followed across the dancefloor. It was a wonderful chaos where you find yourself a willing companion, and throw your moves like pasta at a refrigerator, until something sticks.

I have never really thought of myself as a dancer. Not as the main thing that I do. But it seems that over time, I’ve absorbed it into me, and I wake up to realise I couldn’t live without it. So in this tiny dance venue in a residential district between San Francisco and San Jose, with the anticipation of a tennis player bouncing the ball before their serve, I wait for the next pastiche of odd styles to play, find an eager-enough looking partner, and confidently pop the question.